Niel, Belgium, (‘eTheRNA’ or The Company’), a clinical-stage company developing vaccines from its proprietary mRNA TriMix platform, today announced that the consortium it leads with Chinese, North American and European partners has initiated preclinical studies on a novel mRNA vaccine against COVID-19. Administered intranasally, the vaccine is primarily intended for high risk populations such as healthcare workers and families of confirmed cases. It is also designed to be protective against future viral variations by targeting conserved epitopes from the whole viral genome. eTheRNA and its partners EpiVax, Nexelis, REPROCELL and Vaxinfectio* have already gathered extensive experience in the mRNA vaccine field and this will help accelerate progress towards clinical trials with patient enrolment expected in early 2021.

Dr Steven Powell, eTheRNA’s CEO, explained the aims of the consortium: “The current COVID-19 crisis teaches us that viral variation means traditional medicinal and preventive vaccine approaches fall short when confronted with seasonal or outbreak situations. A vaccine to defend against the current and future outbreaks of Corona or other airborne pathogens should be robust against these viral genome changes, provide a platform that enables rapid introduction of a new viral target, be easy and safe to administer, and finally scaleable and suitable for stockpiling. The innovative vaccine program we have started with our partners incorporates all of these essential features.”

Traditional vaccines are based on generating an antibody response to outer surface viral protein targets. However, viral variation greatly reduces the effectiveness of this approach. For example, the SARS-CoV-2 outer surface spike protein (S) is less than 40% homologous to SARS-CoV-1. Furthermore,  it has also been reported in several cases that vaccines with suboptimal antibody response (too low or not neutralizing) have actually facilitated viral entry and been linked to disease exacerbation.

eTheRNA’s approach selects conserved epitopes from the whole viral genome. Creating a vaccine that mounts a strong cellular (T cell) based response against these epitopes offers a better chance to overcome viral variability. Intranasal delivery has been chosen since the mucosa of the upper respiratory tract are the immune system’s primary line of defense. A strong nasal T cell effector and memory response is claimed to fight viral replication, colonization of the lung and thus disease. mRNA has also been demonstrated to induce strong T cell responses by intranasal delivery.

The preclinical studies now being initiated at Nexelis by eTheRNA centre on a  vaccine candidate that integrates 3 different technologies:

These studies should confirm the correct expression of mRNA, ideally confined to the nose, and the induction of systemic and mucosal CD4 and CD8 T cell responses against a SARS-CoV-2 antigen.

Positioning this vaccine for COVID-19 disease prevention in high risk populations offers an opportunity for a rapid emergency-use production of the vaccine, or the establishment of an outbreak preparedness reserve in case of reappearance of SARS-CoV-2 or a variant strain. The technology platform also makes it well suited to further develop products with broad coverage like a pan-Flu vaccine.

“The current COVID-19 crisis makes it painfully clear – we should never be caught by surprise again and stand unarmed. While valuable initiatives and strong support are being deployed into the development of medicinal and vaccine solutions for immediate use against SARS-CoV-2, eTheRNA believes the critical effort to develop solutions for the longer run should also start without delay,” continues Dr Powell. “ We are therefore self-financing the initial preclinical program and in parallel exploring options to fund the further clinical development. Our target is to bring this into phase I testing early 2021.”

eTheRNA was established in January 2013 as a spin-off from the VUB university in Belgium and is backed by international life science investors.

The TriMix platform, on which eTheRNA’s immunotherapies are based, comprises three mRNAs encoding proteins (caTLR4, CD40L and CD70) that work to deliver optimal activation of dendritic cells. These cells behave as immune response mediators and mobilize the immune system to attack cancer cells through inducing a T-cell response. Clinical proof of concept for TriMix-based immunotherapies has been established through an extensive dataset demonstrating clear clinical benefits in advanced melanoma patients.

REPROCELL was established in 2003 to accelerate medical research via cutting-edge stem cell and human tissue-based technologies, including the use of novel transfection reagents and RNA-based methods for the generation of induced pluripotent stem cells. REPROCELL has further diversified its portfolio of products and services to include predictive drug discovery services in human fresh tissues, technologies for the manufacture of bioengineered human tissues, industry-leading gene editing technology and one of the largest commercial repositories of ethically sourced human tissue.

CEO at REPROCELL
Founder and previous CEO of Biopta, David is now acting CEO of REPROCELL Europe. He dreams of being the oldest debutant for the Scottish football team.You can contact him on LinkedIn. 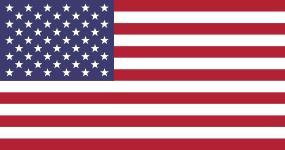 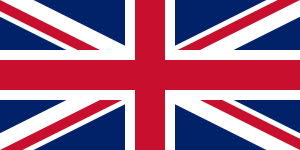 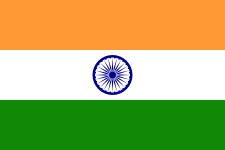